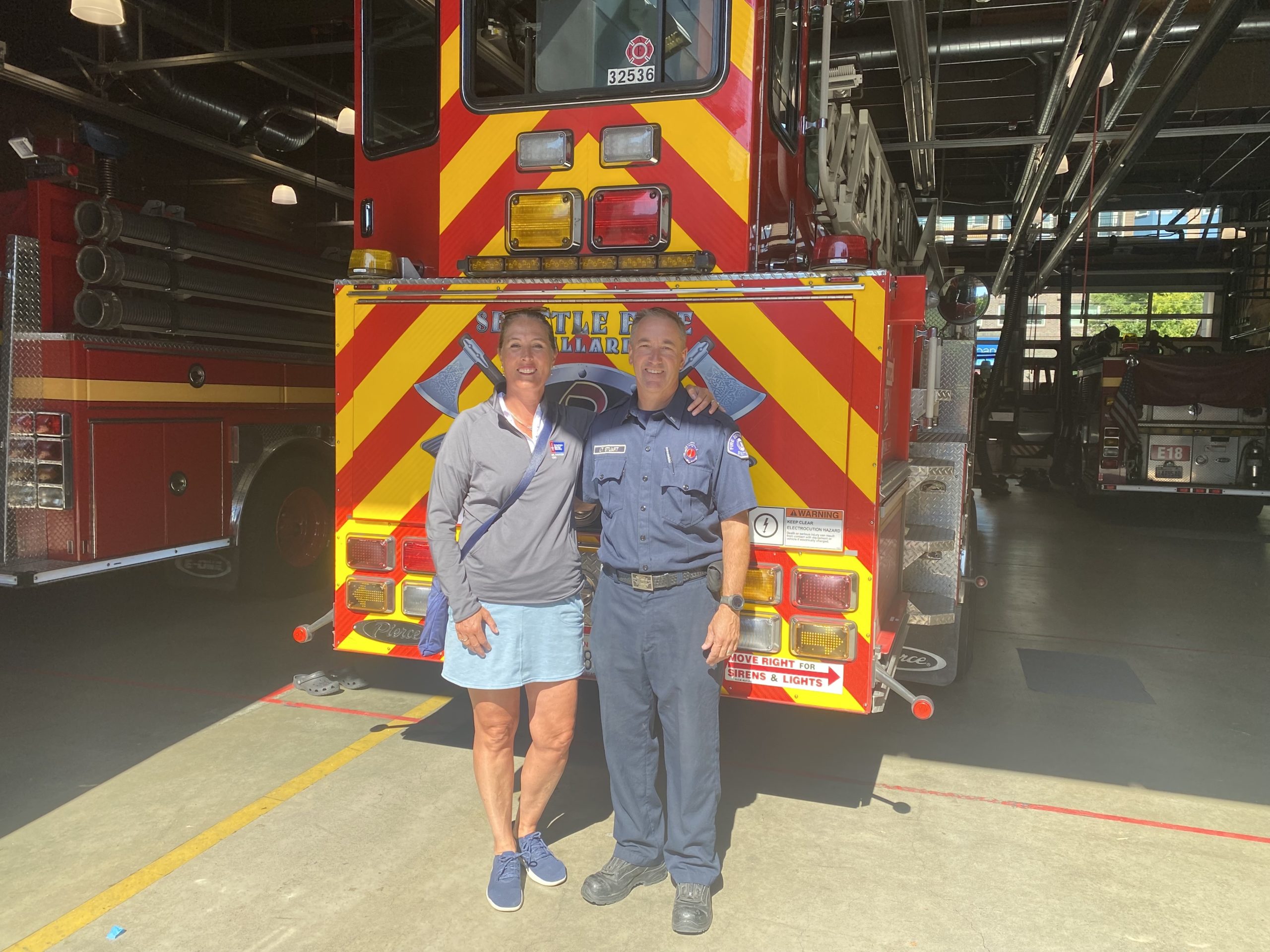 Seattle, WA Local 27 President Kenny Stuart and his members welcomed American Cancer Society (ACS) CEO Karen Knudsen as she visited Fire Station 18. Knudsen was in town with her son, Liam, who was getting ready to begin his academic year at the University of Washington.

Local 27 and its members are looking forward to being a part of the IAFF and ACS’s joint effort to fight cancer in the fire service.

“Cancer is the number one killer of fire fighters. None of us are immune, so it is incumbent upon all of us to continue to find ways to extinguish cancer in the fire service so our members can go home to their families after every shift,” said Stuart. “We are thankful for this partnership with the ACS and the resources the organization will be bringing to this fight.

“We have to go where the fight is,” Knudsen said at the IAFF 56th Convention. “We need to conduct research to understand the root causes of cancer in fire fighters, to identify new strategies for harm reduction, and to determine the right screening plan for fire and emergency medical service personnel. Meanwhile, the ACS is immediately making lifesaving information available on more than 200 types of cancer to IAFF members.”

As Local 27 has lost dozens of members over the years to cancer, a joint labor-management safety committee has been heavily engaged in cancer prevention efforts, including establishing decontamination polices, closing a fire station shown to contain high levels of cancer-causing agents, and offering cancer screening opportunities.

Decontamination protocols are in place before and after fire fighters leave the fire scene, including wiping down gear and apparatus, keeping bunker gear and other contaminated items separate from living quarters, maintaining gear-washing facilities, and showering/cleaning up between calls.

Carcinogenic exposures are also reduced by maintaining an exhaust extraction system at the fire stations.

One of Local 27’s biggest victories was forcing the Seattle city administration to close Fire Station 31 in 2019. Between 1975 and 2003, 119 fire fighters (and dozens more in subsequent years) assigned to Station 31 were diagnosed with cancer. Studies pointed to mold, lead, and other cancer-causing agents as the culprits. Local 27 members are now running calls out of a temporary facility while a new station is built.