The International Association of Fire Fighters (IAFF) is the driving force behind nearly every advance in the fire and emergency services in the 21st century.

With headquarters in Washington, DC, and Ottawa, Ontario, the IAFF represents more than 333,000 full-time professional fire fighters and paramedics in more than 3,500 affiliates. IAFF members protect more than 85 percent of the population in communities throughout the United States and Canada.

The IAFF is also one of the most active lobbying organizations in Washington, DC. The IAFF Political Action Committee, FIREPAC, is among the top one-half of one percent of all federally registered PACs in the country.

The IAFF Executive Board is chaired by the General President and consists of the General Secretary-Treasurer and 16 District Vice Presidents. The board is responsible for all policy decisions and is influential in providing beneficial services to members of the International.

Executive Board and Trustees Elected the IAFF’s 10th General President at the IAFF 55th Convention in March 2021, Edward A. Kelly is the son, grandson, brother, nephew and cousin of fire fighters. Kelly previously served as the IAFF’s 11th General Secretary-Treasurer from 2016-2021.

Kelly joined the Boston Fire Department as a fire fighter/EMT in 1997, where he was assigned to Ladder Company 17 in Boston’s South End. In 1999, he was assigned to the Technical Rescue team that assisted Worcester Local 1009 at the Cold Storage Warehouse fire, which claimed the lives of six IAFF Local 1009 members. Kelly was also among the thousands of fire fighters at Ground Zero after the September 11, 2001, terror attacks on the World Trade Center and responded to the Boston Marathon bombing in 2013. 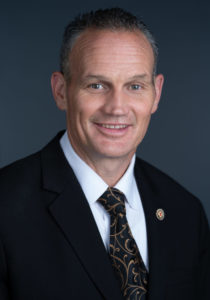 Growing up in Los Angeles, California, Frank Lima has worked three jobs in his life – all union jobs – as a truck driver, a building trades carpenter apprentice and a fire fighter for the Los Angeles City Fire Department (LAFD), which he joined in 1992.

Hired into his dream job in the LAFD at the age of 19, he began his career as a proud Los Angeles City Local 112 union fire fighter, working at one of the busiest stations in the nation.