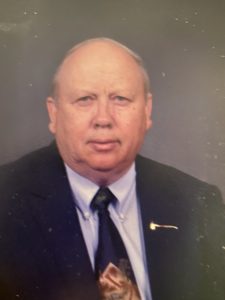 The IAFF is saddened to report of the passing of Professional Fire Fighters Association of Louisiana (PFFALA) President Emeritus Charlie Fredieu, 84.

“Brother Fredieu was a great labor leader and friend,” says General President Harold Schaitberger. “He dedicated his whole life to fighting for fire fighters across the state of Louisiana, especially for pensions and retirement benefits. This IAFF will be forever grateful for all he has done.”

“It has been said that we stand on the shoulders of those who came before us. Brother Charlie Fredieu had very broad shoulders,” says 14th District Vice President Danny Todd. “While his work to get benefits and pension improvements will be what he is remembered for most, we have him to thank for so much more. Our thoughts and prayers are with his wife, Marie, and his entire family.”

He is the former state fire marshall (1992-1996) and served as president of the Louisiana Firefighters’ Retirement System for 16 years.

He is survived by his wife, Marie, five adult children, grandchildren and great-grandchildren.