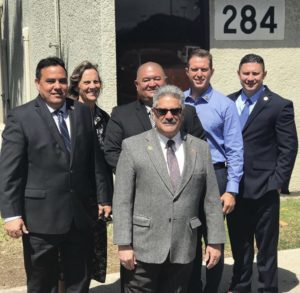 A battle over a collective bargaining agreement violation ended in a favorable decision for Federal Firefighters of Hawaii Local F-263 in August.

In 2015, after months of increased overtime costs, the Federal Fire Department of the Navy Region Hawaii was experiencing a $2 million budget shortfall. To compensate, the department unilaterally implemented the Concept of Operations (CONOPS) measure which reduced the daily staffing from four fire fighters per apparatus to three. This move was in direct violation of the contract which calls for four-person minimum staffing.

When the case went to arbitration, the arbitrator ruled in favor of Local F-263 and ordered the Navy to pay the local’s legal fees totally more than $116,600.

“This is solid work by Local F-263.” says 16th District Vice President James Johnson. “I was proud to recommend and have the IAFF Executive Board approve Emergency Dispute Funds to assist with a portion of the arbitrator’s fees.”

“We are very pleased with the arbitrator’s decision.” says Local F-263 President Reid Shimabukuro. “It’s critical that we continue to engage in these disputes to protect the interests of our members.”

Over the past twelve years, Federal Firefighters of Hawaii Local F-263 has won every collective bargaining agreement dispute, forcing the Navy Region Hawaii to pay almost $1 million in total to F-263 members.