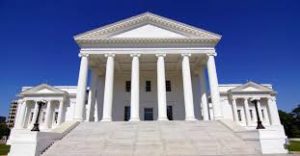 After weeks of aggressively lobbying the Virginia General Assembly, the Virginia Professional Fire Fighters (VPFF) has made great progress on three major legislative priorities, including added protections for members diagnosed with certain cancers and post-traumatic stress. Legislation also passed to allow for collective bargaining with a delay in implementation due to financial concerns related to the COVID-19 pandemic.

“Our membership was fully invested in our lobbying efforts this session,” says VPFF President Robert Bragg. “They put in the work and it paid off. I am very proud of all their efforts.”

One of the most difficult efforts was HB 582/SB 939, the collective bargaining bill. The legislation allows for it if the local government passes an ordinance or resolution that expressly agrees to it. Virginia Governor Ralph Northam put forth an amendment to delay implementation of the law to May 1, 2021, citing concerns that local governments will be too overwhelmed with financial responsibilities related to COVID-19.

The subject of bargaining has long been a difficult issue in the state. Until this legislation passed, Virginia was one of three states to ban it entirely. Other hold-out states are North Carolina and South Carolina.

The VPFF and other labor unions advocated for a strong version of the legislation that would have required all state and local governments to bargain with employees who organized unions.

This bill did not have enough support in the Senate to pass, and a compromise was needed. The revised bill – which passed both chambers of the General Assembly – authorizes local governments to vote to enact ordinances to grant bargaining within their jurisdictions.

Improving occupational cancer protections for fire fighters and other first responders is another victory several years in the making.

“During several previous legislative sessions, we have lobbied for legislation to add more types of cancer to the list of job-related occupational diseases and to remove language from state statute requiring fire fighters to link a specific toxin to the cancer they have,” says Bragg. “Each of those attempts fell short, but we were determined to make this year our year.”

VPFF leaders turned up the heat during this session, hosting a “Honor the Heroes” event on the steps of the state capitol in January 2020. IAFF members from across the state gathered to remember fire fighters who had lost their lives to job-related cancer, most recently Norfolk Local 68 member David Hughes and Chesapeake Local 2449 member Heather Callahan.

Earning the support of the General Assembly, SB 9/HB 783 passed. The new law removes the language requiring fire fighters to prove which exposure caused their cancer and adds three additional types of cancer to the list of presumed occupational diseases – brain, colon and testicular cancer. Already on the list are: Leukemia, pancreatic, prostate, rectal, throat, ovarian and breast cancer.

VPFF leaders were also successful in lobbying for the passage of SB 561/HB 438, which defines post-traumatic stress disorder (PTSD) as a job-related injury, making fire fighters eligible for workers’ compensation and treatment.

“Defining PTSD as an occupational disease allows our members to seek immediate treatment so they can get healthy and return to work,” says Bragg.