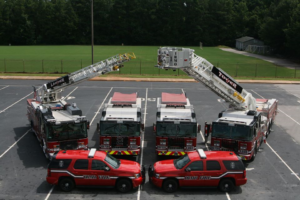 The IAFF is welcoming Irmo, SC Local 5271. Located just north of the state capitol of Columbia, the Irmo Fire Department is a professional department managed by a fire district board.

Some members of the newly formed Local 5271 previously belonged to IAFF locals in other municipalities, including Local 5271 President David Silva, who came to South Carolina from Mashantucket Pequot Fire Fighters Union Local 4746 in Connecticut.

“We decided to organize not only to formalize our relationship with the fire board, but also to develop a health and wellness program,” says Silva. “Our members want to focus on cancer prevention and to protect their overall health.”