The IAFF is saddened to report the deaths of two members from the COVID-19 virus this week – Chicago, IL Local 2 member Mario Araujo and Detroit, MI Local 344 member Franklin Williams.

“Brother Araujo was bravely on the frontlines of this pandemic alongside his brothers and sisters,” says Chicago Local 2 President James Tracy. “As we continue to work to keep Chicago’s citizens safe, we will not forget his sacrifice.”

Araujo, 49, was a member of Truck Company 25, serving the city’s North Side for most of his nearly 17 years with the department.

Araujo started feeling sick on March 25 and was hospitalized a few days later. The night of April 7, he went into respiratory distress and died. He was the first IAFF member to pass away from the virus.

City officials are currently working to pinpoint when and where he may have been exposed. Meanwhile, at least 46 members of the Chicago Fire Department have tested positive so far for COVID-19. 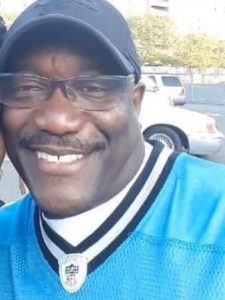 As a 32-year veteran of the Detroit Fire Department, Williams had been eligible for retirement, but he was so dedicated to the job, he stayed on.

Williams went on sick leave when he began feeling symptoms on March 22. At this time, it is uncertain exactly when he was exposed, but it’s thought to have occurred while he was on duty. At least 52 other Detroit fire fighters have tested positive for COVID-19 so far.

On April 8, Williams went into cardiac arrest as a result of the virus and died.

“It is with a heavy heart that we mourn the loss of Brother Williams. He was a great leader and fire fighter,” says Local 344 President Thomas Gehart. “Our focus now is with assisting the family.”

Williams leaves behind his wife, Shanita, seven children and his fellow members of Engine 44 Ladder 18.