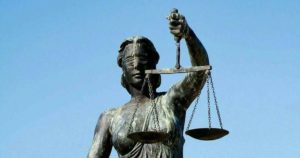 A U.S. District Court judge for the District of Columbia has issued a 116-page opinion in a landmark case invalidating most of the key provisions of three executive orders issued by President Donald Trump in May that would have slashed the rights of federal fire fighters.

Judge Kentanji Brown Jackson ruled that implementing the orders would have unjustly limited the effectiveness of unions representing federal employees (including IAFF members) and would have been in violation of the Federal Service Labor-Management Relations Act (FSLMRA).

“When our members’ rights are attacked, we fight back,” says General President Harold Schaitberger. “We were proud to stand with our sister unions in fighting these anti-union executive orders.”

The IAFF contributed to a legal defense that included the AFL-CIO, National Federation of Federal Employees, American Federation of State, County and Municipal Employees, and the National Treasury Employees Union. The unions filed a federal lawsuit against President Trump after he issued the executive orders, which would have limited federal unions’ ability to collectively bargain on several subjects, including discipline and official time, and would have made it more difficult to bargain in good faith by significantly speeding up the timetable for completing negotiations.

“These executive orders were nothing but an attempt to weaken existing federal law and squash the voices of hard-working, dedicated federal employees in the federal sector,” says 16th District Vice President James Johnson. “We appreciate the judge’s decision.”

The president does have the right to appeal. But until then the injunction to prevent implementation of the executive orders will remain in effect.