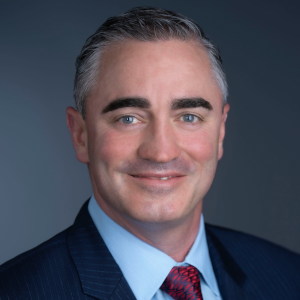 Elected the IAFF’s 10th General President at the IAFF 55th Convention in March 2021, Edward A. Kelly is the son, grandson, brother, nephew and cousin of fire fighters. Kelly previously served as the IAFF’s 11th General Secretary-Treasurer from 2016-2021.

Kelly joined the Boston Fire Department as a fire fighter/EMT in 1997, where he was assigned to Ladder Company 17 in Boston’s South End. In 1999, he was assigned to the Technical Rescue team that assisted Worcester Local 1009 at the Cold Storage Warehouse fire, which claimed the lives of six IAFF Local 1009 members. Kelly was also among the thousands of fire fighters at Ground Zero after the September 11, 2001, terror attacks on the World Trade Center and responded to the Boston Marathon bombing in 2013.

Kelly rapidly climbed the ranks of organized labor and is known and respected for his strong dedication to the rank-and-file members of the IAFF and his visionary leadership across the labor movement. He served as president of Boston, MA Local 718 in one of the most contentious times in the local’s history, engaging in a bitter duel with the city’s administration over the local’s collective bargaining rights. He went on to become president of the Professional Fire Fighters of Massachusetts in 2011, a post he held until his election as IAFF General Secretary-Treasurer.

During his tenure as General Secretary-Treasurer, Kelly implemented multiple programs to support IAFF local leaders, including overseeing the development and implementation of IAFF System Management Active Response Technology (SMART), which provides communication and database tools to the IAFF affiliates in the United States and Canada. Kelly also implemented innovative new processes to streamline dues collection from affiliates. As treasurer, Kelly made organizational changes in healthcare and other expense reductions, which saved approximately $2 million. Kelly also made changes to ensure compliance with various oversight and regulatory obligations to protect the union from scrutiny.

As the recordkeeper for the International, Kelly modernized the operations of the General Secretary-Treasurer’s office, while preserving the long history of the IAFF by making every historical record within his office available to members. He instituted policies and procedures that resulted in greater transparency and trust across the membership of the IAFF.

A graduate of the Harvard Trade Union Program class of 2015, he was named Labor Leader of the Year by the Greater Boston Labor Council. Kelly was appointed by the governor of Massachusetts to serve as a commissioner at the Department of Fire Services, as well as the Commonwealth of Massachusetts Group Insurance Commission, one of the largest healthcare purchasers in the Northeast. Kelly also served as the elected Executive Vice President of the Massachusetts AFL-CIO.

As part of Kelly’s charitable efforts, he is a co-founder and member of the Board of Directors for Massachusetts Iraq and Afghanistan Fallen Heroes and a trustee for the Boston Fire Department Charitable Association, first established in 1828 to ensure proper burial for indigent fire fighters and which now assists widows and widowers of fire fighters of modest means.

A proud military veteran, Kelly served as a fire fighter in the U.S. Air Force.

As an active fire fighter, Kelly brings a direct connection from the rank-and-file IAFF members in firehouses and fire halls across both countries to the very top of their union.