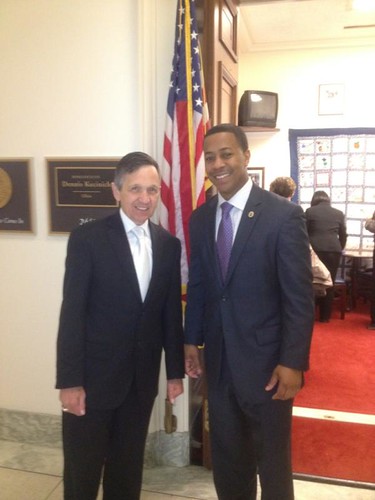 IAFF members set off to meet lawmakers on Capitol Hill Wednesday. Nearly 700 members from across the country are in Washington, DC to discuss the challenges that first responders face each day.

Fire fighters on Capitol Hill will talk about a range of issues with their elected officials including pensions, support for Staffing for Adequate Fire and Emergency Response (SAFER) and Assistance to Firefighters (FIRE Act) grants, mandatory Social Security coverage for fire fighters, political attacks on public employees, and a proposal that would consolidate homeland security grants into a single block grant administered by state agencies. The IAFF has won significant legislative victories on Capitol Hill, due largely to the relationships that local IAFF leaders have with their elected officials.

Wednesday’s visit is a good time to strengthen relationships with lawmakers and to discuss issues that impact IAFF members such as safety and job security.

Several IAFF affiliates have tweeted about meeting their congressional representatives today. Fire fighters are making their time count in DC this week!

“The fight in Ohio showed that collective bargaining attacks were an effort to hurt the middle class,” he said Tuesday at the IAFF Legislative Conference. “Issue 2 helped to galvanize workers in Ohio to help repeal the union-busting law.”

Brown says the threats to worker rights are the worst in 100 years, and they are real.

“At a time when people say that money buys campaigns, Ohio workers stood up and said don’t demonize public workers for the failing economy,” he said.

“We are at a critical time”

Massachusetts Senator John Kerry told fire fighters at the IAFF Legislative Conference that there is nothing more special than the loyalty of the brotherhood and sisterhood displayed in the fire service.

Kerry, who quipped that he wrote his speech on a etch-a-sketch, noted that what the country faces at this time is no laughing matter. “The gap between truth and lies grows deeper as some politicians are pushing their own ideologies that aren’t in line with the rest of the country,” he said. “Collective bargaining has nothing to do with the deficit of our nation,” he continued. “No one in the U.S. Congress is talking about raising taxes.”

The economy is turning around, but America needs to invest in its infrastructure in order to move forward. Kerry said that public employees aren’t to be blamed for the economy – it’s the policies that allowed tax breaks for the top 1 percent are to blame.

Why Are Republicans Lukewarm on Romney?

Conservative writer and media commentator Tucker Carlson told fire fighters Tuesday that the Republican Party is more divided than he’s ever seen in his lifetime. Carlson said the issue isn’t the presumptive nominee, Mitt Romney. His deficits have been highly debated.

It’s because Republican voters have changed since the last election cycle. Republicans are more pessimestic about the direction of the country and seek a leader who will be transformational. “They blieve it so much that they want to hear it from someone who is going to tell it to them straight,” he said.

Moving towards the November elections

“We thank you so much for what you do,” she said. Wasserman-Schultz described the 2012 elections as a make or break moment for America’s middle class.

Too many Republican leaders want to turn back the clock where a select few have all the power. Anti-union members of Congress have obstructed legislation that could help improve fire fighter safety, she said. “They are showing they are concerned about one job: President Obama’s. Democrats are concerned about jobs for all Americans.”

If Republican members of Congress aren’t willing to lead, Wasserman-Schultz said it is time for them to hand over the gavel.

“We won’t give up the fight and I know fire fighters never do,” said Wasserman-Schultz.

Carville gets plenty of laughs at annual conference

Political strategist James Carville told fire fighters they don’t have the luxury to sit back while public employees and their rights are being attacked. “Go out and get the job done and protect your tradition,” he told delegates at the IAFF 2012 Legislative Conference. “Don’t let others define the issues for you.”

He told the nearly 700 fire fighters in attendance that public employees didn’t ruin the economy, “like some elected officials who are now trying to villianize them in the media.”

Carville, a colorful political figure who came into national prominence two decades ago through the Clinton presidency, cracked several political jokes about the current crop of Republican candidates running for president.

But he left fire fighters with this food for thought.

Fighting Back Against Attacks at the State and Federal Leval

Who are some of the groups attacking the rights of public employees?